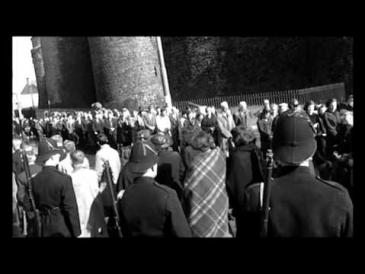 Frank O'Connor ...(story "The Majesty of the Law")

Lady Augusta Gregory ...(story "The Rising of the Moon")

Three vignettes of old Irish country life, based on a series of short stories. In "The Majesty of the Law," a police officer must arrest a very old-fashioned, traditional fellow for assault. The man's principles have the policeman and the whole village, including the man he slugged, sympathizing with him. "One Minute's Wait" is about an little train station and glimpses into the lives of the passengers, with a series of comic setups. The third piece is called "1921" and is about a condemned Irish nationalist and his daring escape. Tyrone Power introduces each story.